Los Angeles based film and media production company Emerald City Arts is pleased to announce the debut of our latest film, Haiti Speaks. The documentary film, set in Haiti shortly after the 2010 earthquake, will have its world premiere at the upcoming trinidad+tobago film festival (ttff). ttff celebrates its 15th year at the 2020 festival September 9-15. This year also marks the 10th anniversary of the devastating earthquake. We are gratified to know that while the COVID-19 pandemic has forced many film festivals to postpone or shutdown, ttff endures, and Haiti Speaks will begin screening in the Caribbean where the project began. The film premieres on Saturday, September 12.

Haiti Speaks follows a team of doctors from The Gift of Sight, an American non-profit that takes an annual medical mission trip to Haiti, to document their work operating on hundreds of patients in the span of a week. This trip, however, is different. It comes just 100 days after “The Event”, the 7.0 earthquake that wiped out so much of the nation and its people. Now everyone has a story to tell. The Event has touched everyone and left them to consider what the future of Haiti may be.

Over the course of 5 thematic chapters featuring excerpts from acclaimed Haitian writers, the film weaves between the capital Port-au-Prince and the rural community of Lascahobas; Haitians from all walks of life, including leading journalist and historian Georges Michel, Monsignor Pierre of the Catholic Church of Haiti, doctors, and students, speak on the issues affecting the state of their union: health care, education, economics, foreign relations, and the earthquake. Visual vignettes capture the feeling of standing on Haiti’s shores, swimming in its lakes, trudging through its mountainous forests, and drifting through the dusty, rubble filled city streets, as the people take the audience through their own stories intertwined with the one of their beloved country. Lordy Roc, a young student, speaks about losing the one parent he was raised by in the earthquake and his mission to continue his education on his own. Georges Michel explains the discrimination that Haiti has faced throughout the years, resulting in chronic economic and political instability. Yet the documentary ultimately uncovers the one thing neither the earthquake nor discrimination and racism can destroy, and that’s the nation’s spirit. The film pans across ruined buildings and vast tent cities. Almost every person interviewed has lost someone close to them from the earthquake, but there is a wave of optimism and faith that grows. In the end, Monsignor Pierre says that through devastation and hardship the nation “became one body,” and this kind of love and care the people of Haiti have for each other is palpable. It’s impossible to ignore. It becomes evident that the exact thing that held Haiti together through the earthquake is the very thing that has gotten the country through years of injustice and struggle.

“Call it pride. Call it spirit. Call it hope. Whatever it is, you see it and feel it in Haiti Speaks.“
– Christiana Cheon Pak

The trinidad+tobago film festival (ttff) celebrates films from and about the Caribbean and its diaspora, as well as from world cinema, through an annual festival and year-round screenings. In addition, the ttff seeks to facilitate the growth of Caribbean cinema by offering a wide-ranging industry program and networking opportunities.

No Comments
Prev Next

In The City we create traditional and digital media and art with a dual purpose: To address global issues and to design new methods for individuals to create and experience media and art in an increasingly connected world. Led by a collective of working artists who bring their own unique perspective and desire to affect positive change to each project, The City seeks to share media which is truly revolutionary. 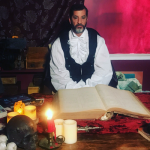 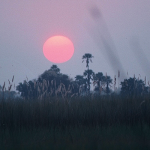 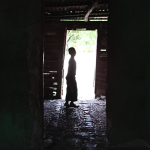 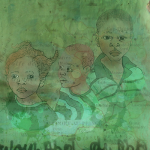 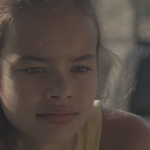 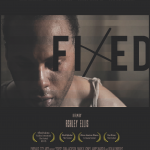